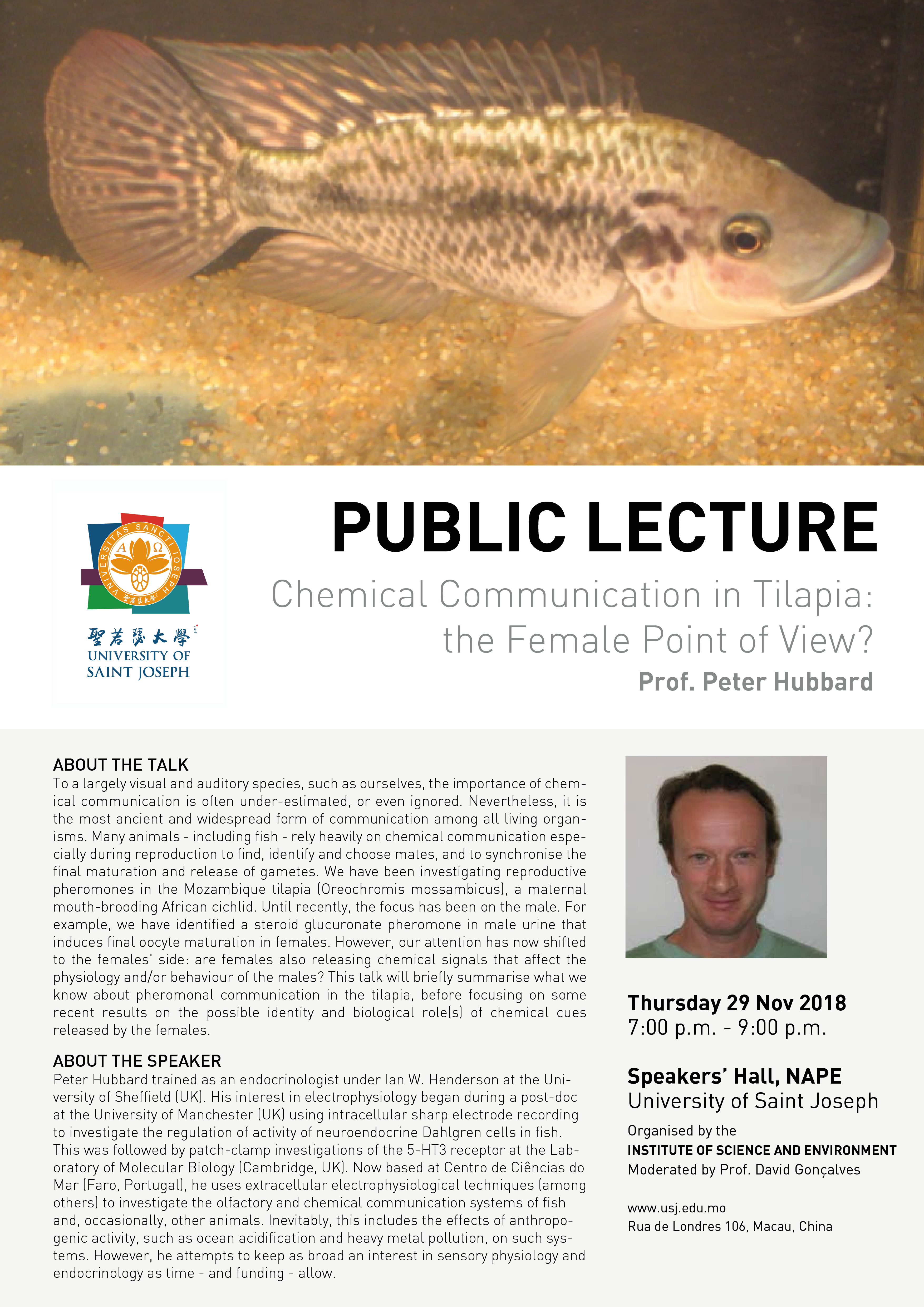 To a largely visual and auditory species, such as ourselves, the importance of chemical communication is often under-estimated, or even ignored. Nevertheless, it is the most ancient and widespread form of communication among all living organisms. Many animals – including fish – rely heavily on chemical communication especially during reproduction to find, identify and choose mates, and to synchronise the final maturation and release of gametes. We have been investigating reproductive pheromones in the Mozambique tilapia (Oreochromis mossambicus), a maternal mouth-brooding African cichlid. Until recently, the focus has been on the male. For example, we have identified a steroid glucuronate pheromone in male urine that induces final oocyte maturation in females. However, our attention has now shifted to the females’ side: are females also releasing chemical signals that affect the physiology and/or behaviour of the males? This talk will briefly summarise what we know about pheromonal communication in the tilapia, before focusing on some recent results on the possible identity and biological role(s) of chemical cues released by the females.