Abstract: Development of the vocal-auditory systems for social communication in a teleost fish

4Departments of Psychology and Biology, University of Washington, WA, USA.

A fundamental question for all vocal communication systems concerns the relationship between the developmental processes of vocal differentiation and auditory perception during ontogenetic development. Such developmental processes have been well documented in birds and mammals but poorly investigated in other vertebrates. Fish represent the oldest and largest extant vertebrate group. Besides, neural circuitry controlling vocal behavior is thought to have evolved from conserved brain areas that originated in this taxon, which makes this group key to understanding the evolution and development of the vertebrate vocal-auditory systems. However, the relationship between the vocal motor and auditory systems during development for social communication in fish remains unclear.

The goals of this study were: 1) examine how vocal behavior develops during ontogeny; and 2) compare auditory sensitivity of the saccule (main auditory endorgan) across developmental stages in the Lusitanian toadfish, Halobatrachus didactylus (Batrachoididae). This teleost species has become an interesting model to investigate questions related to vocal communication due to its unusual complex vocal repertoire and early vocal onset. Vocalizations were recorded during social interactions for four size groups (fry: <2 cm; small juveniles: 2–4 cm; large juveniles: 5–7 cm; adults >25 cm, standard length). Auditory sensitivity of juveniles and adults was determined based on evoked potentials recorded from populations of saccular hair cells in response to pure tones of 75–945 Hz. 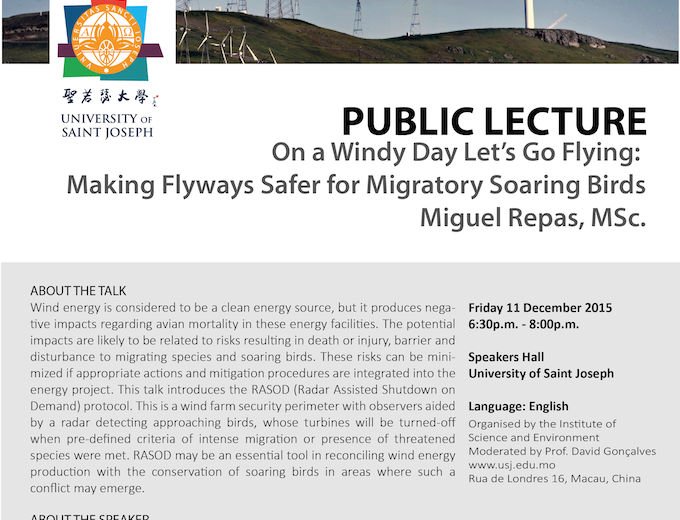 The energy sector is a key component and driver of economic development requiring a large amount of infrastructure, both to generate the electricity and to transmit it through electrical power lines. These important developments are sometimes planned for sensitive locations within important flyways. Wind energy is considered to be a clean energy source but it produces negative impacts regarding avian mortality in these energy facilities.

The potential impacts are likely to be related to risks resulting in death or injury, barrier and disturbance effects for migrating species and soaring birds which can affect both their condition and behavior and result in disturbance along the migratory route. These risks can be minimised if appropriate actions and mitigation procedures are integrated into the energy project.

BSJ 50MW Wind Farm (SW Portugal) is within a migratory flyway of international importance, being crossed by more than 5000 individual birds of over 30 different soaring bird species every autumn. The wind farm’s licensing was conditioned to the implementation of thorough bird mortality mitigation procedures including temporary curtailment of wind turbines in order to reduce the probability of bird casualties from collisions.

Radar Assisted Shutdown on Demand (RASOD) protocol, is a wind farm security perimeter with observers aided by a radar detected soaring birds approaching the wind farm, whose turbines were to be turned-off when pre-defined criteria of intense migration or presence of threatened species were met. RASOD may be an essential tool in reconciling wind energy production with the conservation of soaring birds in areas where such a conflict may emerge.

Miguel Repas is an international EIA consultant and Executive Director of STRIX (an environmental consultancy based in Lisbon and Porto), responsible for a number of projects in Environmental Impact Assessment, Environmental and Ecological Management, with special reference to wind farm development. He has also extensive experience in projects involving protected areas management, animal and plant monitoring programmes, habitat management plans, model-based geostatistics and ecological modeling. His previous experience also includes research on plant ecology and Natura 2000 management planning when he was a Research Assistant at the Plant Biology and Ecology Centre of the University of Lisbon. He was also an invited lecturer at the University of Algarve. 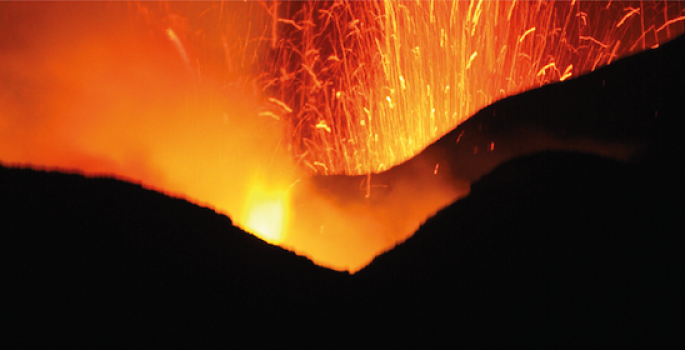 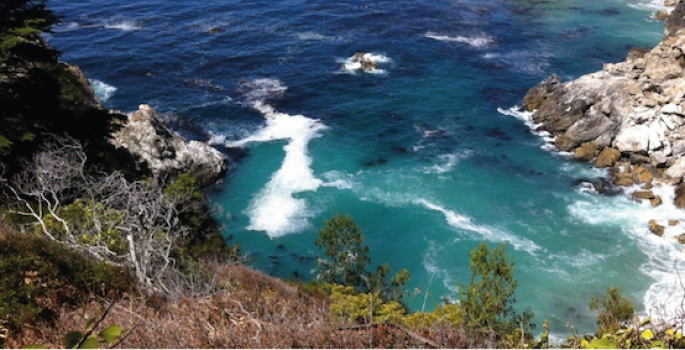 Public lecture: The effects of eutrophication on costal ecosystems Coastal zones and shallow marine habitats are among the most productive ecosystems on Earth. In many locations, they are subject to a variety of anthropogenic stressors, such as pollution and eutrophication (organic enrichment). Over the last 30 years, loss of seagrasses and mangroves associated with eutrophication phenomena has become a worldwide problem. This talk explores the main causes of eutrophication, including the unbalance of the biogeochemical cycles of nitrogen and phosphorus, and focus on the effects of eutrophication on the structure (density/biomass, species diversity) and functioning (secondary production) of particular key species. In addition, mitigation and conservation measures will be explored.

Patrícia Cardoso completed her PhD at the University of Coimbra in 2005, and has been working in the same university researching in ecosystem ecology in estuarine and marine systems. In collaboration with Prof. Dave Raffaelli from the University of York, Cardoso has been developing research in long-term studies on benthic communities in response to multiple stressors, biodiversity and ecosystem functioning. Her recent research interests also include ocean acidification and global warming associated with emergent contaminants and their impacts on the trophic interactions and reproduction of aquatic organisms. She authored over 40 peer-reviewed publications in the area of Marine Ecology and Ecotoxicology, and is research advisor to several MSc and PhD students. 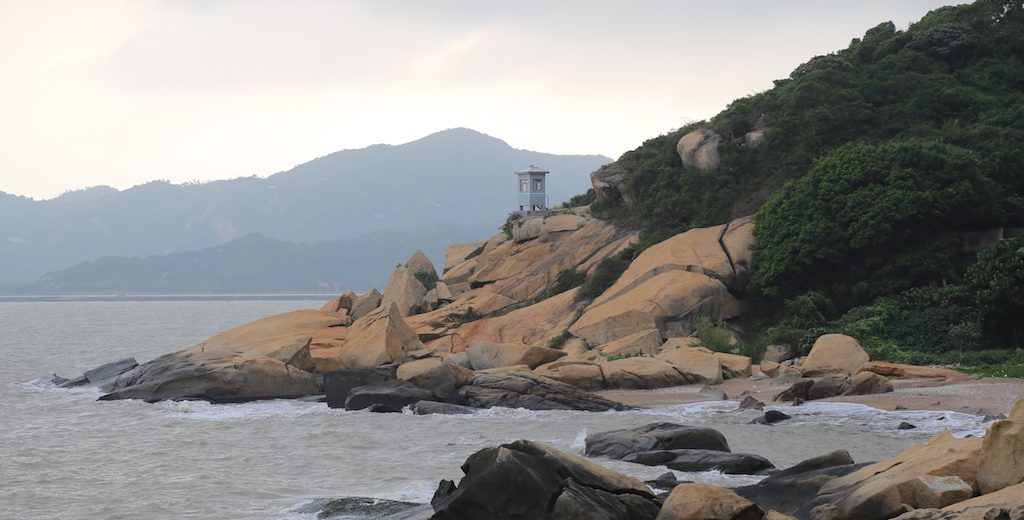 First Meeting on the Geology of Macao

Petrology and Geochemistry of Igneous Rocks from Macao: Implications for the Crustal Evolution of Southern China (Ma.G.I.C)

The meeting took place between 9 and 13 of November, 2105 at the Institute of Science and Environment (ISE) from the University of Saint Joseph (USJ), NAPE1

Dr. Ágata Dias
PI of the project and Associate professor at the Institute of Science and Environment from the USJ, Macao

Dr. João Mata
Team member of the project and Associate professor at the Geology department from the FCUL, Portugal

Dr. Gao Xin-Yu
Team member of the project and Research Assistant at the Guangzhou Institute of Geochemistry, CAS, China

Dr. Luisa Duarte
Consultant of the project and Resident contributor to LNEG, Portugal 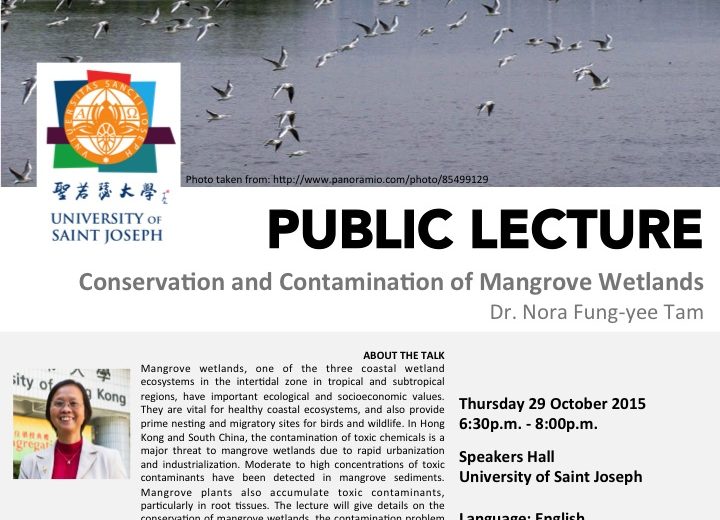 Conservation and contamination of mangrove wetland

Prof. Nora F-Y Tam
(Chair Prof. in the Dep. of Biology and Chemistry and Dir. of Futian-CityU Mangrove R&D at CUHK). Mangrove wetlands, one of the three coastal wetland ecosystems in the intertidal zone in tropical and subtropical regions, have important ecological and socioeconomic values. They are vital for healthy coastal ecosystems, and also provide prime nesting and migratory sites for birds and wildlife. In Hong Kong and South China, the contamination of toxic chemicals is a major threat to mangrove wetlands due to rapid urbanization and industrialization. Moderate to high concentrations of toxic contaminants have been detected in mangrove sediments. Mangrove plants also accumulate toxic contaminants, particularly in root tissues. The lecture will give details on the conservation of mangrove wetlands, the contamination problem and the tolerance of mangrove plants to toxic contaminants.

Prof Nora Fung-yee Tam is the Chair Professor of Biology in the Department of Biology and Chemistry, and Director of Futian-CityU Mangrove R&D Centre at the City University of Hong Kong. She received her MSc and PhD from University of Sheffield and the University of York, UK, respectively. She has more than 25 years of experience in conducting basic and mission-oriented applied research and development projects on biological waste treatment, bioremediation, ecology and conservation of mangrove wetlands. Prof. Tam has an extensive publication record, with more than 300 original research articles in SCI journals, 21 book chapters and has written/edited 10 books in the fields of coastal pollution control and mangrove conservation. She has also served on organizing committees for several international conferences. Prof. Tam has considerable experiences in undergraduate and postgraduate teaching, and has trained more than 50 MPhil and PhD students in environmental biology.

A sailing trip around Macao was organised in October 2015 with students from our Master in Environmental Sciences and Management. A series of talks onboard about topics like environmental protection in Macao, sustainable architecture, the geological origin of the territory and biodiversity and coastal ecosystems conservation were given by USJ professors.

You can check the video here:

InterRidge promotes interdisciplinary, international studies of oceanic spreading centers by creating a global research community, planning and coordinating new science programs that no single nation can achieve alone, exchanging scientific information, and sharing new technologies and facilities. InterRidge is dedicated to reaching out to the public, scientists and governments, and to providing a unified voice for ocean ridge researchers worldwide.

Communication Title: Saldanha hydrothermal field: the role of the sediment-cover in the preservation of ore-forming minerals. By Ágata Sofia C. M. Alveirinho Dias 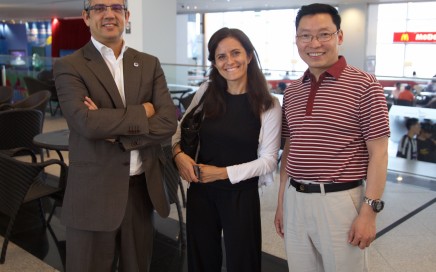 The ISE from USJ had a pleasure to receive the Secretary-General at China Ocean Mineral Resources R&D Association (COMRA) – Dr. Liu Feng – and the head of the Portuguese task group for the Extension of the Continental Shelf (EMEPC) – Commander Aldino Campos.

0 -
Institute of Science and Environment - Macau © 2022. All rights reserved.