WELCOME to the Mag.I.C project!

MagIC – Petrology and Geochemistry of Igneous Rocks from Macao: Implications for the Crustal Evolution of Southern China / 澳门火成岩之岩石学与地球化学—对华南地壳演化的影响)

This project aimed to develop a detailed digital cartographic map of the igneous rocks of Macao, useful for professionals from different areas and to understand the geological history of the territory. The main results included: (1) absolute age determination from Macau magmatic events; (2) based on mineralogical and geochemical studies we have constrained the magma evolution and; (3) we contributed to a deeper understanding of the South China tectono-magmatic evolution. 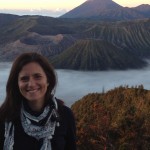 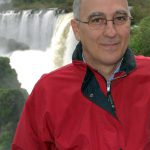 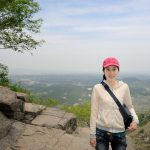 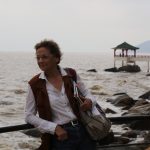 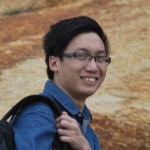 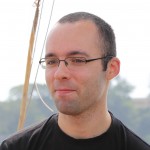 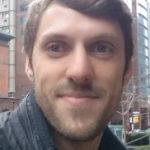 Igneous rocks, in particular granitic ones, are of utmost importance to assess the tectonothermal evolution of continents and to decipher their geodynamic setting. During Mesozoic ages, the Southeastern China region (Cathasya block), where Macao is localized, was affected by granitic plutonism generated during the Indosinian (Triassic) and Yanshanian orogenies (Jurasic-Cretaceous), overprinting all previous events in the South China Fold Belt (SCFB). In Macao, the most complete document reporting the geology of the territory was published, in 1992, under Luísa Ribeiro coordination, the consultant of this project. It consists of the Macao Geological Map 1:5000 scale, and its memoir, where the main geological units and structures of Macao were presented. Until the beginning of this project proposal, there was a significant gap in the knowledge of the geology and geodynamic evolution of Macao compared with surrounding areas. The geology of Hong Kong and Guangdong (also included in the Cathaysia block) has been the subject of numerous SCI publications. In contrast, there were no SCI publications on the geology of Macao. To fill this gap, this project focused in obtaining new scientific knowledge about the origin and evolution of the territory of Macao, and also to spread and publish this new knowledge within the local and international scientific community. In his project, we developed a new trilingual digital geological map of Macao and, among several new scientific discoveries accomplished along the execution of the work, we emphasize the determination of the age of Macao magmatic rocks as well as of its geodynamic evolution. Briefly, Macao granites were emplaced in two main periods ranging from 164.5 ± 0.6 Ma to 162.9 ± 0.7 Ma and 156.6 ± 0.2 Ma to 155.5 ± 0.8 Ma, separated by ca. 6 Ma. Inherited zircons point to the existence of a basement with ages up to Paleo-Proterozoic and late Archean in the region. In addition, younger dacitic rocks were dated at 150.6 ± 0.6 Ma and <120 Ma. Macao granitic suite was incrementally assembled during a period of ca. 9 Ma and the transition from granitic magmatism (Middle to Upper Jurassic) to the younger dacite dykes (Upper Jurassic to Lower Cretaceous) most likely correspond to a change in the regional tectonic setting. Isotope and geochemical compositions together with model ages and mixing modelling strongly suggest that Macao granitic magmas were generated by partial melting of infracrustal medium-to-high K basaltic Paleo-Proterozoic to Mesoproterozoic protoliths heated by, and mixed to some degrees with, the contemporaneous underplating and/or intrusion of hot, mantle-derived magmas. The Jurassic Macao granites are interpreted as being produced in an intraplate extensional setting related to the foundering of a previously flat-slab (Paleo-Pacific plate) beneath SE China continent.

OBJECTIVES OF THE PROJECT

Task 1. – Digital Cartography
To refine the knowledge on the main lithologies areal distribution in order to develop a detailed digital map of the igneous rocks from Macao.
Task 2. – Petrography
To obtain a detailed characterization of the mineralogy and petrography of igneous rocks from Macao and compare these results with data from correspondent geological areas from the Cathaysian block.
Task 3. Geochronology
The main goal of this task was to precisely date the magmatic events preserved in the geological region where Macao is included.
Task 4 – Geochemistry
The main goal of this task was the construction of a petrogenetic model for each of the igneous lithotypes from the geological region where Macao is included by a detailed characterization of their geochemical properties (whole-rock major and trace elements, rare earth elements, and isotopic signatures).
For results and outputs see the Geology of Macau webpage and publications

Collaboration with other institutions

Companies and public institutions that contributed to the project

Geology of Macau and Mag.I.C project in the News (Portuguese language)